the zionists are steady in their arrogance and illegal behavior. in this article a former cia member explores israel's attempts to make things worse for everyone but themselves;

The Path to World War III? 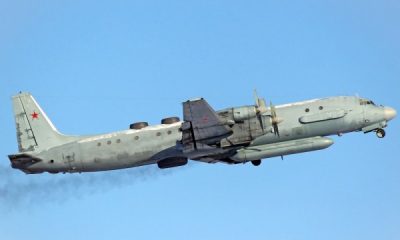 The minimal U.S. press coverage accorded to last Monday’s shooting down of a Russian intelligence plane off the coast of Syria is, of course, a reflection both of lack of interest and of Israel’s involvement in the incident. If one had read the New York Times or the Washington Post on the morning after the shoot-down or watched the morning network news it would have been easy to miss the story altogether. The corporate media’s desire to sustain established foreign policy narratives while also protecting Israel at all costs is as much a feature of American television news as are the once every five minutes commercials from big pharma urging the public to take medications for diseases that no one has ever heard of.
Israel is, of course, claiming innocence, that it was the Syrians who shot down the Russian aircraft while the Israeli jets were legitimately targeting a Syrian army facility “from which weapons-manufacturing systems were supposed to be transferred to Iran and Hezbollah.” Seeking to undo some of the damage caused, Israeli Prime Minister Benjamin Netanyahu quickly telephoned Russian President Vladimir Putin to express his condolences. He also sent his air force chief to Russia on Thursday to provide a detailed report on what had occurred from the Israeli perspective.
But that story, however it will be spun, is inevitably only part of the tale. The narrative of what occurred is by now well established. The Russian aircraft was returning to base after a mission over the Mediterranean off the Syrian coast monitoring the activities of a French warship and at least one British RAF plane. As a large and relatively slow propeller driven aircraft on a routine intelligence gathering mission, the Ilyushin 20 had no reason to conceal its presence. It was apparently preparing to land at its airbase at Khmeimim in Syria when the incident took place. It may or may not have had its transponder on, which would signal to the Syrian air defenses that it was a “friendly.”